You've found yourself searching for ceiling skirting boards. But do they even exist?

9 times out of 10, most people will actually be on the look out for coving or cornice.

There's actually not a product on the market called ceiling skirting - it simply doesn't exist.

But we think this is down to many people not actually knowing what coving or cornice is - or what 'that stuff that goes around the top of the room' is actually called.

So in a sense, it kind of does exist - albeit with a different name.

Both of these are used on the ceiling but are slightly different in appearance.

For all intents and purposes, both are very similar in use and are present to simply make the room look nicer.

Coving is normally a fairly simple moulding that runs around the border of a room where the wall meets the ceiling.

Compared to cornice, coving is generally simpler in design and typically follows a 'C' shaped design (imagine a quarter of a circle).

Obviously, you can get more decorative coving by spending more money. However, most coving installed post war utilises the plain C shape as it was cheap to get hold of and produced a clean finish.

Different sizes are available but the most common tends to be around 127mm (5 inches). However, this measurement isn't the height or projection of the coving. It is taken diagonally in a straight line from point to point.

Compared to coving, cornice tends to be much more decorative and offers a grand effect within a room.

They are usually also less uniform in size. For instance, the projection could be greater than the height giving it a much wider coverage across the ceiling than that of the wall. However, they can still be found in uniform sizes but is less common than you see with coving.

When it comes to the styling of cornice, it can be difficult to attribute them to a certain era. Designs are often different across the country and your much less likely to find the exact one elsewhere.

However, it is fair to say that 'fleur-de-lys' and 'egg and dart' patterns would be the preferred choices within the Victorian era. For the Georgians, patterns featuring squares and dentils (teeth) were more prominent. 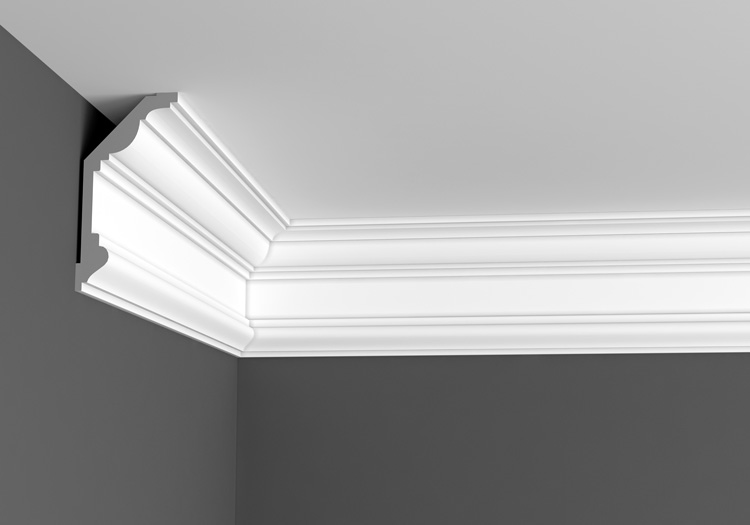 Can You Use Skirting Boards On The Ceiling?

In reality, there's no reason why you couldn't fit an ordinary skirting board to the ceiling. However, a skirting board's sole purpose is to be fitted to the bottom of a wall.

Using them on the ceiling can give the effect of having coving / cornice installed, albeit with a much slimmer presence. For example, you could achieve a decent height or projection when using skirting as coving but you couldn't achieve both (unless of course you use 2 skirting boards!).

In the image below, you can see how knocking.on.gold over on Instagram used our Stepped 1 design on the ceiling to recreate a coving effect. 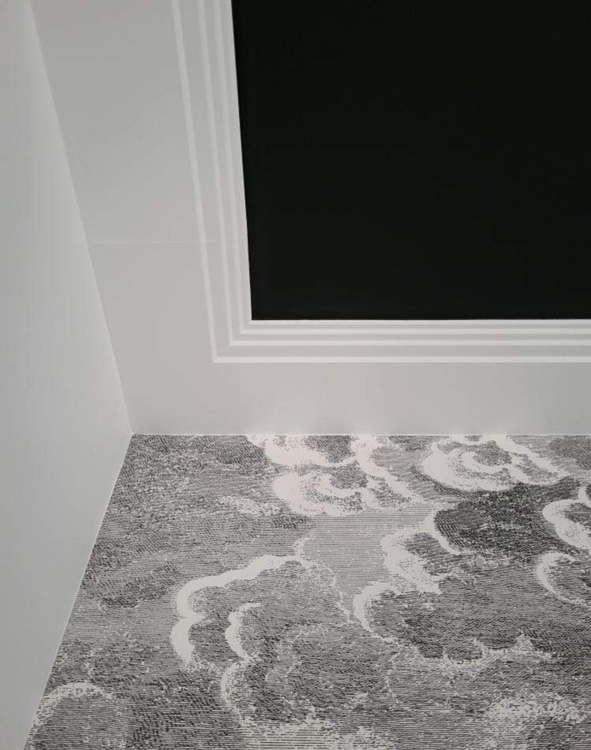